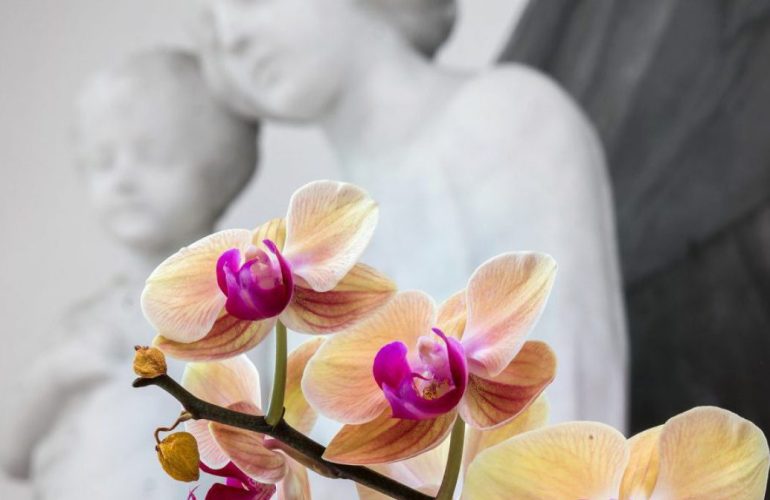 Our society is experiencing a seemingly paradoxical phenomenon. On the one hand, mainstream feminism and, increasingly, society in general are deemphasizing the differences between men and women. Any suggestion that men and women have fundamentally different traits or roles in family and society is decried as misogynistic, and those who refuse to recognize the validity of gender “transition” and same-sex marriage are considered backward and bigoted. On the face of it, this seems to be the end of the story. But consider this. Yes, society accepts gender “transition” and claims to reject a binary view of gender. At the same time, though, those who do “transition” must have one thing to transition from and another to transition to. The fact that a man or woman is seen as having a right to alter his or her gender shows that our culture still recognizes that gender matters. If it didn’t, why would we care whether someone’s gender “identity” matched his or her biological gender? Further, the hyper sexualization of culture, which glorifies porn, objectifies both men and women, and encourages women to “enhance” their bodies through plastic surgery, seems to be a step toward gender differentiation, not away from it. What are we to make of this contradiction in social mores?

One could, of course, simply argue that society has become so obsessed with tolerance at the expense of truth that it no longer has any self-awareness and is therefore unable to adhere to the rules of logic. In many respects, I think this is true. However, I would like to propose an answer to this particular issue that goes deeper and, I think, shows that what appears to be a paradox is in fact the logical and necessary result of one fundamental flaw in our culture: the lack of understanding of authentic masculinity and femininity.

In order to understand what I’m getting at here, we need to take a step back and look at a couple of the thought trends that have gained ground in the past few hundred years. The Cartesian dualistic mentality (named after Rene Descartes- you know him as the guy who said “I think, therefore I am,”) tells us that we are just souls rattling around in bodies. Our bodies have no necessary connection to who we are. In contrast, the materialist mentality tells us that we are just bodies without an immaterial soul. These two thought trends are extremely prevalent in society today, and for some reason seem to live quite comfortably side by side. Put together, they have eroded society’s sense that the body has any spiritual or transcendent meaning, and therefore that there is any important correlation between the sexual differentiation of our bodies and the way we should live our lives.

Once we have accepted this premise, it leaves us with two options: we can choose to accentuate these physical differences or diminish them. Both options are equally logical and valid once we have accepted the basic premise. If my body has no meaning apart from that which I impose on it, there is no reason for me to align my behavior based on my gender or even to retain those physical gender-specific characteristics I was born with. At the same time, there is no reason for me NOT to buy into gender stereotypes or accentuate certain sexual characteristics.  Everything is permissible. Society may be confused about the true meaning of gender and sexuality, but it understands all too well the implications of the divorce of body and soul, and it has embraced both of the resulting paths with gusto. And while these two trends can, to some extent, be combatted separately, if we fail to address the root cause, we will end up playing a game of wack-a-mole; as soon as we beat down one trend, the other will rear its head. An effective renewal of culture must involve a recognition of the person as a body-soul composite whose soul is inextricably connected to the male or female body it is born into. Effecting this sort of renewal will not be easy, and the task must be approached with sensitivity and compassion for those who have been wounded by the current culture. We must always remember, though, that true compassion demands truth, and the cause of human dignity requires a recognition of what it truly means to be human.

One thought on “Society’s Gender Paradox”