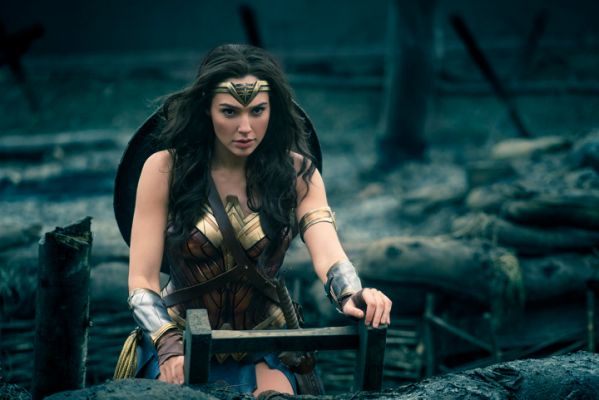 This is one blog post I never thought I’d be writing. For one thing, I’ve never been much of a superhero fan.  For another, Wonder Woman has never struck me as a model of new feminism.  When I heard that a new Wonder Woman movie was coming out, I was skeptical.  I don’t think I was even interested enough to articulate to myself what I was expecting, but it was probably a sexually-objectified woman running around slicing people to bits mercilessly, with a dose of radical feminism added in for good measure.  After reading some good reviews, however, I decided to find out what it was all about.  What I found took my breath away: a model of authentic femininity.

Diana, a.k.a. Wonder Woman, is intense, no doubt about it. She can out-fight anyone, male or female, and is perfectly willing to use lethal force when required. The beautiful thing about this movie’s depiction, though, is that it shows that women can be sensitive, nurturing, and empathetic while still aggressively fighting for their beliefs. For Diana, being an insanely strong, confident warrior princess is not only compatible with cooing over a baby or showing pity to the frightened and the wounded; these two aspects of her character are inseparable.  Diana does not fight because she likes war or enjoys killing people. She fights to “defend those who can’t defend themselves.” And while that is certainly a motivation that men can and should share in, Diana lives it out in a particularly feminine way. In his Letter to Women, John Paul II wrote: “Perhaps more than men, women acknowledge the person, because they see persons with their hearts….they try to go out to them and help them.” Diana is the perfect example of this. It is her ability to see others with her heart that allows her to see opportunities which the men around her miss. While they tend to be very task-oriented, setting their minds to the most practical plan of action and sticking to it, Diana is quick to put her mission on hold to help those in need, or speed it up to avoid even a single extra casualty. The men around her are practical, but sometimes in their practicality they are unable to see a human need and respond. This is not to say that the movie portrays Diana as the only true hero among a bunch of bumbling men; on the contrary, it beautifully showcases the complementarity of men and women. On several occasions, Diana’s companion Steve’s cool-headed focus on a single task serves as a much-needed antidote to her compassionate desire to fulfill every need she sees.

*SPOILER alert! If you haven’t seen the movie yet, go see it ASAP, then come back and finish reading!* 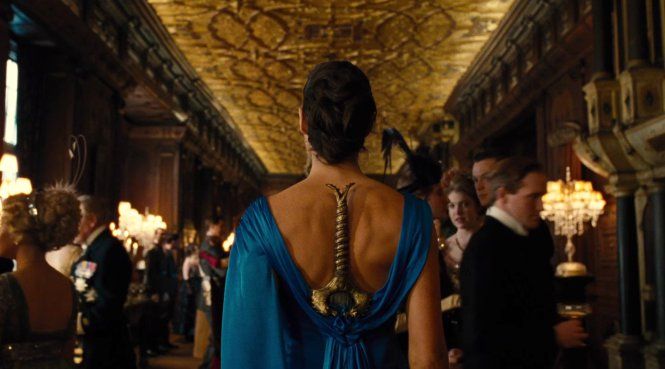 While there are so many incredible scenes and quotes in this movie, one stands out to me above all.  Diana has just come to the realization that human kind is largely corrupt, and she has given almost given in to despair.  She no longer has the desire to “fight for those who cannot fight for themselves,” since they no longer seem to deserve her help.  She obviously still cares for Steve and fears for his safety, but she has wavered in her desire to help others.  Ares, the god of war, has her pinned to the ground, defenseless and unable to escape.  At that moment, she sees a plane overhead, and she knows it is Steve.  And as that plane explodes, she fully comprehends what is happening: Steve has sacrificed his life, out of love for her and for the world.  Rather than falling into greater despair, Diana makes the courageous and authentically feminine choice to be receptive to this gift of love.  In On the Dignity and Vocation of Women, John Paul II states that women receive love in order to give it in return; the “order of love” takes root in woman.  Diana does just that.  She allows Steve’s self-sacrificial love to take root in her, to give her strength and, ultimately, purpose.  And when Ares tries to convince her to go down a dark path, to abandon the defense of human life because humanity doesn’t deserve to live, she comes back with one of the most powerful statements I have ever heard. “It’s not about deserve.  It’s about what you believe.  And I believe in love.  Only love will truly save the world.”  This, I think, is one of the greatest lessons we can learn in life, men and women alike.  We must defend life, we must fight for those who cannot fight for themselves, not because they deserve it, but because we love them.  Because God loves us.  Christ laid down His life for us, not because we deserved His mercy, but because He is Love.  And just as Diana actively receives Steve’s self-sacrifice and allows the “order of love” to take root in her, so must we receive Christ’s sacrifice on the cross.  Because not only will love truly save the world; Love has already saved the world.